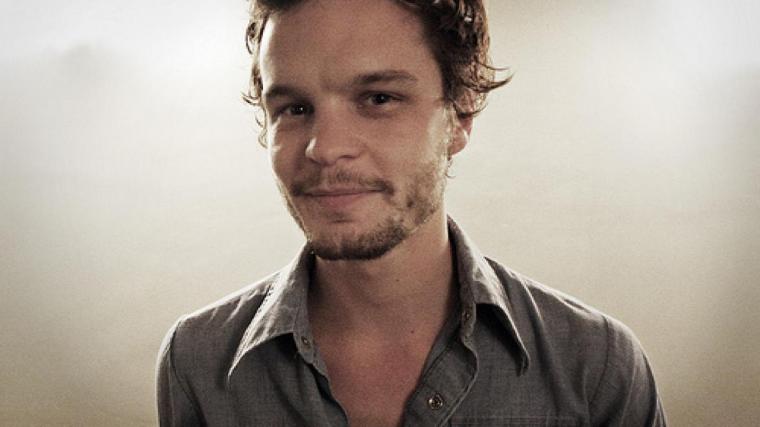 The Tallest Man on Earth in the Virtual Presentation “The Little Red Barn Show" -- November 12.

With the special event designed, in part, to raise funds for Maquoketa's Codfish Hollow Barn in the wake of a year of cancelled concerts, Swedish recording sensation Kristian Matsson – a.k.a. The Tallest Man on Earth – headlines the live concert documentary and Q&A The Little Red Barn Show, a virtual November 12 presentation on the challenges and joys of making art and music in 2020.

As Sweden relaxed its social-gathering restrictions throughout the summer of 2020, artists of all types began to explore what was possible in their chosen mediums. A close friend of Matsson's had a vision: to turn her farm into a music venue using her barn as a home to the stage. The Little Red Barn Show consequently documents a group of friends coming together to make a concert happen amidst a global pandemic – on a farm, in a barn, in the middle of nowhere. The films finds director Rolf Nylinder (2012's Only the River Knows) sharing his perspectives while he watches incredibly talented people work together to make something small, and simple, and ultimately utterly magical.

A Swedish singer-songwriter who performs under the stage name The Tallest Man on Earth, Matsson grew up in Leksand and began his solo career in 2006, having previously been the lead singer of the indie-rock band Montezumas. He has recorded and produced five full-length albums and two EPs in his home, usually recording his voice and guitar together on one track, with his most acclaimed releases to date including 2008's Shallow Grave, 2012's There's No Leaving Now, and last year's I Love You. It's a Fever Dream. The winner of the “Best Singer/Songwriter” category at the 2011 Manifest Awards, music reviewers have compared The Tallest Man on Earth to Bob Dylan both in terms of songwriting ability and vocal style. In a 2012 video interview with Suhaib Shaikh, Matsson himself has said that upon hearing Dylan's cover material, he “tried to figure out where those songs came from” and became slowly exposed to early American folk artists such as Pete Seeger and Woody Guthrie. But he was also careful to qualify this, saying, “I don't consider my work to be a part of any tradition. This is how I play. This is how I write songs.”

The Little Red Barn Show concert documentary and live Q&A will take place at 8 p.m. on November 12, with a portion of all tickets to be shared with the Codfish Hollow Barn and the creation of a Future Raccoon Motel music venue. For information and tickets, visit NoonChorus.com/raccoon-motel-the-tallest-man-on-earth.